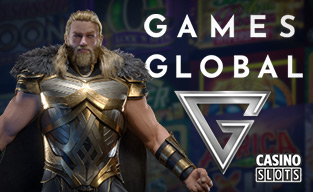 As one of the newest names on the iGaming scene, Games Global doesn’t tell much to online slot players but that’s about to change in a flash. The company came into the limelight in 2021, the same year it was founded, following the landmark deal between Microgaming and the aforementioned freshly minted software provider.

To the surprise of the international gambling community, the legendary father of slots agreed to sell its state-of-the-art Quickfire platform that has been the core of the brand’s casino vertical since 2010. Set to be finalized in Q2 2022, the contract will see Games Global as the owner of all distribution rights for the exclusive content, naturally, including the world’s biggest progressive network that has already made a great many instant millionaires and, as things stand now, is not going to rest on the laurels.

Online Slots To Suit All Tastes

Fully committed to delivering the best-of-breed products able to facilitate the ultimate player experience, this software developer has plans to further enhance cooperation with other studios to create unique and even more engaging content. However, at the moment of writing this review, those plans were at their earliest stage and nothing about them was known for sure. Truth to be said, with a massive catalog of more than 3,000 games where virtual one-armed bandits make the vast majority, there is no need to wish for more.

It won’t be an exaggeration to say that online slots offered by Games Global can suit all tastes and preferences, literally. Not only do they come in a myriad of themes but they also feature the widest range of reel engines – it’s hard to find a former Microgaming’s independent studio that doesn’t have a proprietary mechanic. In addition to that, among their fruit machines, players will find a broad choice of low-, medium- and high-volatile titles, not to mention the always advantageous payback percentage. Branded slots are one more reason why the brand’s library is considered one of the most striking and diverse out there. 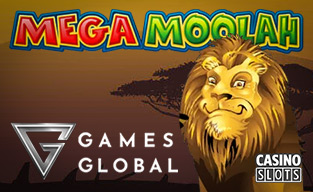 Mega Moolah is nothing but a synonym for whopping progressive jackpots – this iconic online slot was released in 2006 to make its first millionaire the next year. Since then, new titles have been added to the pool, making the network grow, embracing more punters, and producing more winners - only in 2020, Mega Moolah hit eight times to award staggering prizes.

WowPot is another progressive jackpot known for its generosity. In September 2021, it made one Videoslots.com player happier for a fantastic €3,898,637.78, just five months after awarding its record-breaking win of €17,529,047.11! Seeded at €2M, WowPot comprises such popular games as Wheel of Wishes, Book of Atem, and African Legends while the Mega Moolah team has recently been replenished with Immortal Romance, one of the most popular stories of all times.

As for Major Millions, this jackpot still features two titles – a 3-reel and 5-reel versions – but can brag of a rich hit history. Even though it awards somewhat smaller prizes than the other two, it strikes more frequently, paying out every 30 days on average.

Jason and the Golden Fleece

Review
Play
load more load all
There are 486 slots remaining