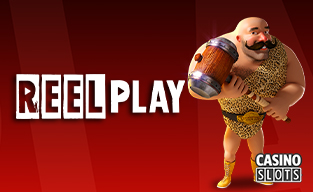 Founded in 2014, ReelPlay entered the industry with a clear goal- create awesome content, incubate competitive collaborators, and be recognized as the provider of established and independent B2B satellite software studios. Overflown with passion, the team uses in-house technology to build anything and everything from the ground up.

Why is ReelPlay getting more and more attention in the industry?

There are many reasons for that, but the crucial one is their inventive Infinity Reels mechanics, which brought them cooperation with one of the most respected iGaming giants.

Stay tuned to get to know more about the company’s history, numerous strategic agreements, and get a brief preview of their colorful lobby.

This team possesses numerous qualities, but among the most outstanding ones is boundary-pushing. Motivated to upgrade player experience and always offer MORE, they explore creativity, math, mechanics, and carefully implement the most superb ingredients in their content.

…they remain committed to jurisdictional and regulatory compliance. Gathering a team of highly skilled and forward-thinking enthusiasts, ReelPlay can turn any game idea into reality.

Speaking of reality, it’s more than apparent that small portable gadgets are actively present in every aspect of our lives, which is why the studio made sure to follow this growing trend as well.

With a completely modern interface…

…which makes the games run smoothly and look crisp on all types of tablets and smartphones, the studio delivers mobile-friendly games of superior quality.

The Sydney-headquartered producer operated under a different name until they made a significant strategic decision to change its name. It happened in July 2019, when the company rebranded from Chance Interactive, becoming ReelPlay, as we know them today.

…the aim of rebranding was to indicate the potential partners that they are “not taking any chances”. Despite the new name, the philosophy remained the same- to create and deliver profitable, memorable, and re-playable slots games for themselves and their partners.

Having such a progressive approach, it doesn’t come as a surprise that the studio is a desirable partner to seal the deal with.

…the company tied the knots with more than 20 operators, as well as several development partners and aggregators, and the network of associates keeps expanding at the speed of light.

Here are some of them:

RP and RG as a Dream Team

One of the strongest ties made so far is the agreement with Relax Gaming. Two brands initially entered the integration deal in August 2019. As a part of the alignment, RP’s content became available across Relax Gaming’s distribution network via the “Powered By” partnership program.

Apparently beneficial for both parties…

…the deal was extended in January 2020, allowing RP to launch a premium collection of its third-party partners’ content on RG’s platform.

Following RP’s IP deal with NetEnt, Relax and ReelPlay strengthened their connection again, also by signing an intellectual property deal. This agreement was made to enable RG the application of the Infinity Reels™ trade dress and mechanic across a range of its proprietary content and make the license available to its third-party studios.

Joining Forces to Protect the Brand

Of all those strategic collaborations and integration agreements, the deal with NetEnt captured international attention.

Why is that so?

Both studios seem to have developed quite similar mechanics at approximately the same period. Instead of (expected) legal procedures, two companies made a surprising decision.

To protect both mechanics Infinity Reels and InfiniReels, two studios tied the knots to protect their respective IP rights. As stated, this is the best way to avoid any confusion or misunderstanding, but also an excellent business opportunity for some joint projects.

…both concepts see the reels expand sideways, which opens new opportunities for extended playtime- in some cases in form of additional reels, while in the others as re-spins or multipliers.

From the initial pencil sketches to the finished product, the passionate creatives gathered in ReelPlay offer a generous assortment of best in class components in their releases.

Yes, the main focus of this studio are good old one-armed bandits, in digital form. Thanks to the rich experience in design and production, the developer gained plenty of useful experience and implemented all the knowledge in every release they’ve made (and will make).

Which topics do they cover?

You have developers focused on fruit-themed or retro-looking titles, the others are passionate about ancient civilization, while RP’s catalog displays a diversity of themes.

One thing for sure…

…each of the releases is a one of a kind adventure, depicting space-themed stories, those situated in sci-fi cities, tales from the circus, and many more. Offering so many different scenarios, it’s clear that the developer wants to cover a wide spectrum of tastes and preferences.

When a studio manages to design such a powerful feature like Infinity Reels, should there be any doubt about the ordinary ones?

Crowded with action and dynamics…

…each of their games hosts the usual arsenal of wilds, scatter, bonus games, instant wins, and respins. Thanks to alignment with BTG, the developer is also greenlighted to deploy cutting-edge Megaways machinery.

Without any doubt, ReelPlay brought quite innovative tendencies and products which aim to upgrade player experience and put a challenging task before competitors as well. After all, isn’t that what all of them are trying to deliver- REELY great games? 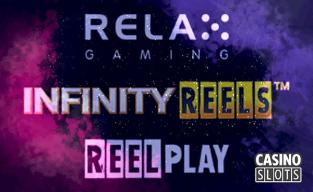 The Infinity Reels mechanism developed by ReelPlay, is to be used on Relax Gaming slots. A new intellectual property deal has been signed between the...